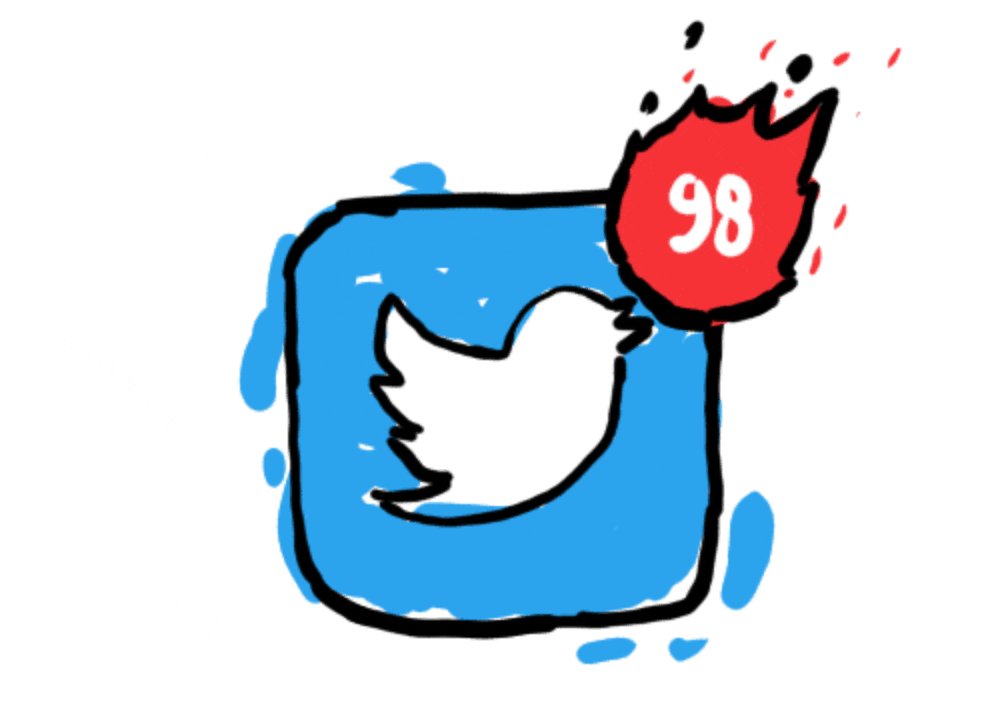 Is social media good or bad for us?

Are there real positives of social media?

Or is social only hurting our ability to connect and promoting damaging ideals– from cyberbullying to the comparison trap– among other detriments?

Smartphones and our other various devices aren’t good or bad by nature. However, it can’t be denied that there are real dangers of social media use.

And those dangers intensify with more frequent use, including:

Yet, that’s only part of the story.

Social media has its positives, too

Social media has several potentially significant positives that can’t be overlooked, making the conversation more complicated than, “this is bad, you should stop doing it.”

As with most things tech-related, it’s not the complete cessation but the managing of that use which is ideal.

After all, you wouldn’t down the entire canister of protein powder after a single workout, nor would you stay outside in the sun for eight hours without sunscreen.

All good things need to be managed, lest they become harmful to us. 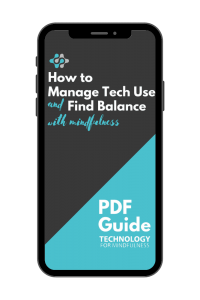 Learn how to manage tech use, reduce stress, and find balance with our free PDF guide on simple mindfulness techniques.

So, what are those benefits that regular– well-managed– use of social media can offer us?

Nowadays, most of us use social to keep in contact with friends and family.

One study found that 93% of adults use Facebook to connect with family while 91% with friends. And everyone knows how great social is at allowing us to stay (or get back) in contact with old friends, with 87% reporting they use social for that very reason.

So, where’s the benefit?

According to one study, 81% of teens ages 13-17 say that social media makes them feel more connected to the people in their life, while 68% say using it makes them feel supported during tough times.

And yet another study found that 57% of teens say they’ve made new lasting friendships online.

One benefit not often talked about is the power of our social media circle to promote better habits.

In “Connected: The Surprising Power of Our Social Networks and How They Shape Our Lives”, author Nicholas Christakis, a Harvard University sociologist and physician, and James H. Fowler Ph.D., UCSD Professor of Political Science and Medicine, talk about their research into the, “three degrees of influence”.

In an interview with USA Today, Fowler says that when we see a friend started exercising again on social, for example, “I change my mind about how much I should be exercising or I share stories with my other friends who are influenced to do the same. You either change your behavior or you transmit information about the behavior to others, who change their behavior.”

Of course, this suggests that social media is only as positive and beneficial for us as our social circle is positive and uplifting.

However, fortunately, what you see and interact with on social can be controlled in a way that was never possible in real life.

Don’t like the vibes someone is sending out? Unfollow.

Do you notice that a certain family member is only ever complaining or posting about something negative? Mute is your friend.

As an introvert, I appreciate that social media (and the Internet as a whole, to a lesser extent) allows me to connect with people online in a space that feels less hazardous and draining than face-to-face interactions often are.

But it’s not just me.

More than 25% of teens report social media making them feel less shy and 28% more outgoing. In addition to that, 20% reported feeling more confident as a result of their interactions on social.

Teens who label themselves as “less socially adept” say that social media makes it easier for them to make friends. Likewise, adults similarly report feeling that social media is a comfortable place for social interaction.

Many of the benefits of social media can only be fully comprehended when looked at in the context of society as a whole, whether that’s a local community, the U.S., or the world.

Social media has helped spark awareness and an ongoing conversation on mental illness and mental health in general in an incredible way within just a few short years, with notable celebrities such as Dwayne “The Rock” Johnson, Adele, and Demi Lovato opening up about their struggles.

And non-profits and social campaigns such as The Stigma Project use social to, “lower the HIV infection rate and neutralize stigma through education,” among other efforts.

Probably the most surprising benefit, given the challenges with teens and young adults and social media, is the effects that organized social media programs have had on student performance.

According to one study, more than half of students use social to discuss school assignments.

Another study found that freshmen in college use social media to integrate themselves into their new school, build friendships, and that activity on social even reduces the risk of dropping out.

That’s surprising enough, but it’s when social is used proactively by educators that it really shines.

One Portland, Oregon middle school implemented a social media program exclusive to students and saw grades increase by more than 50%, chronic absenteeism reduced by 33%, and a 20% increase in students voluntarily completing extra-credit projects.

Enjoy the good, be mindful of the bad

Social media has real dangers, especially for teens and children, but it also has real positives.

It’s important to heed the negatives and take steps to manage those dangers, but it wouldn’t be fair to call social media all bad.

So, take note of these positive effects of social media use and know that while you need to watch your regular use of social platforms like Facebook and Twitter, they can promote several useful benefits as well.

And don’t forget to check out these additional resources to help you find balance by better managing your regular tech use:

How has social media had a positive impact on society?

The benefits of social media are split primarily between personal benefits and society-wide benefits.

Some of the society-level benefits include:

What are the positive effects of social media for students?

Social media comes with several real dangers that parents need to be aware of. However, it has had some surprisingly positive effects when implemented in an intentional way within school programs.

Not only have some school-based social media programs found that student performance increased, but attendance (especially chronic absenteeism) improved as well.

In addition, studies have found that college students use social media to more effectively integrate themselves into the college’s social structure. It also reduces the risk of those students dropping out.