Learn why managing parents’ screen time is critical for kids and how to tame your smartphone addiction.

Have you ever unconsciously ignored your child’s demands for attention because you were engrossed by something on your phone?

Or felt like you weren’t really present because you were reacting to multiple interruptions from emails or texts?

This is now commonly referred to as “technoference” by social scientists, and its negative effects are becoming more apparent with each new study.

But before you beat yourself up, we’re not here to judge.

Instead, we want to open up a new conversation about why managing parents’ screen time is just as important as managing kids’ screen time. And then help you break the smartphone addiction.

Not only because it sets a good example, but because appropriate technology use by parents can keep kids safer, improve their cognitive development, build a stronger bond, and reduce misbehavior.

Let’s begin by explaining some of the dangers and then dive into exactly what you can do as a parent.

What are the effects of parents’ screen time on children?

Distracted parenting (regardless of whether it’s from a smartphone) can lead to accidents. But are smartphones increasing child injuries? Experts believe they may be.

According to the Centers for Disease Control and Prevention, nonfatal injuries to children under age five rose 10% between 2005 and 2012, after falling dramatically for much of the prior decade due to improved child safety standards.

Interestingly, a Yale University study compared this increase to the expansion of AT&T’s 3G coverage on the iPhone during this same time period. They found that the rollout of the 3G network showed a causal effect on smartphone-induced child injuries. In other words, the activities associated with the injuries were “consistent with parents being distracted.”

But digitally distracted parenting can have longer-term consequences beyond a fall at the playground.

Child development researcher Dr. Jenny Radesky points out that face-to-face interactions are the primary way children learn. “They learn language, they learn about their own emotions, they learn how to regulate them… by watching us how to have a conversation, how to read other people’s facial expressions. And if that’s not happening, children are missing out on important development milestones.”

Social development is similarly affected by parents’ screen use. When parents are overly focused on their phones, they’re not giving their kids the appropriate amount of social bonding necessary to build healthy emotional connections.

According to the Journal of the American Medical Association, “When parents are engaging their smartphones, they talk less to their children, respond slower (if at all) to their bids for attention, and overreact in response to these interruptions.”

Not surprisingly, when children don’t feel like they’re getting enough attention, they act out. Researchers are just starting to evaluate the effects of parents’ screen time on children, but there seems to be a chorus of agreement that technoference can lead to behavior problems.

A 2018 study concluded, “Parents who spend a lot of time on their phones or watching television during family activities such as meals, playtime, and bedtime could influence their long-term relationships with their children. Researchers say this so-called ‘technoference’ can lead children to show more frustration, hyperactivity, whining, sulking, or tantrums.” 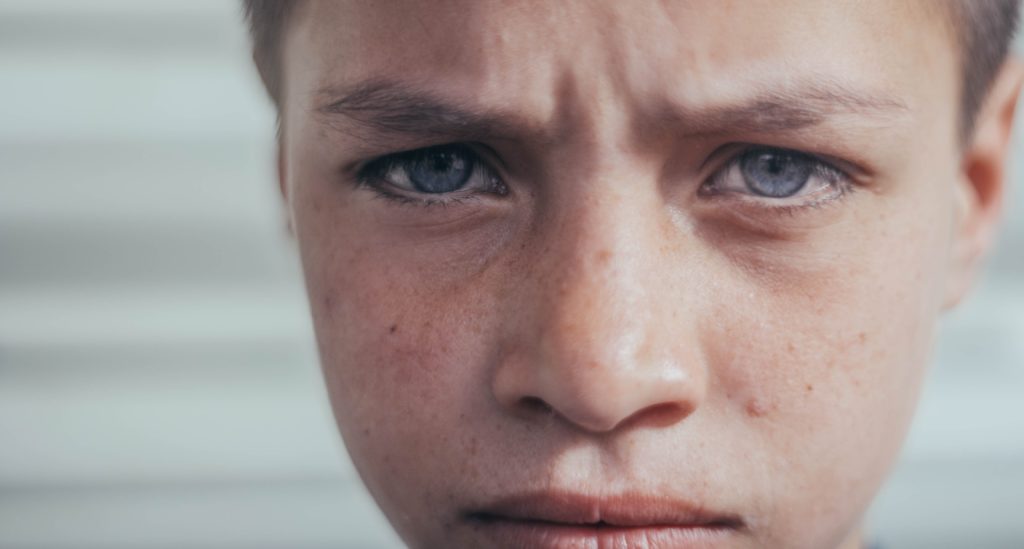 How can parents break the habit of digital distraction?

Before we get into our tips, take a moment and give yourself a break. Smartphones are designed by very smart people to be addictive. When you pile on some work stress, a million household chores, and add unruly children on top of it all, no one is judging you for giving in to the lure of your smartphone. We’ll help you be smart about your screen time, so you and your children feel more present and can truly enjoy each other. 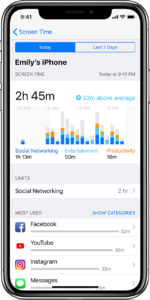 Many parents underestimate the amount of time spent on their smartphone. After all, most of us check it for a few minutes at a time. It’s helpful to get a realistic picture of your screen time – and see how much of that occurs when you’re with your children.

For iPhone users, Apple’s “Screen Time” feature is under “Settings.” It breaks down in simple charts how long you spent on your phone that day or over the past week, and tells you which types of apps you were using. For Android users, try the Phone Usage Monitor app, available on Google Play. It provides similar stats to Apple’s Screen Time.

Ask your spouse or partner to remind you

The best learning occurs in the moment. So if you’re open to it, ask your spouse, partner or another family member to let you know when you’re tuning your kids out by using your phone. You could even have a “secret” code or sign so your kids aren’t even aware. After a few days, think back on how often you were distracted and what you were doing in that moment. Look for trends like work stress, fatigue, or boredom.

You’re certainly not alone in using your smartphone to avoid something unpleasant or relieve stress. We recommend experimenting with alternative stress-relievers like exercise, meditation, or breathing practices. However, if you’re still struggling to break the smartphone addiction, check out our course, Tap Into Mindfulness. We specifically designed this series of hands-on exercises to help you take control over your smartphone.

Certain activities aren’t always enjoyable – like checking the world news or getting an annoying work email. If you know you could be irritable after certain smartphone tasks, save these for times when your family isn’t around. They won’t feed off your stress and you’ll have time to process your feelings.

Many parents institute “tech-free times” in their house. However, they don’t always follow their own rules. Make sure no one in the family uses technology during dinnertime and before bedtime. For families with younger children, extended breaks each day are a good idea. You can also limit digital distractions by creating tech-free rooms/zones in the house, such as the kitchen table. HealthyChildren.org offers a great Family Media Plan that you can use to create goals and rules that are in line with your family’s values. 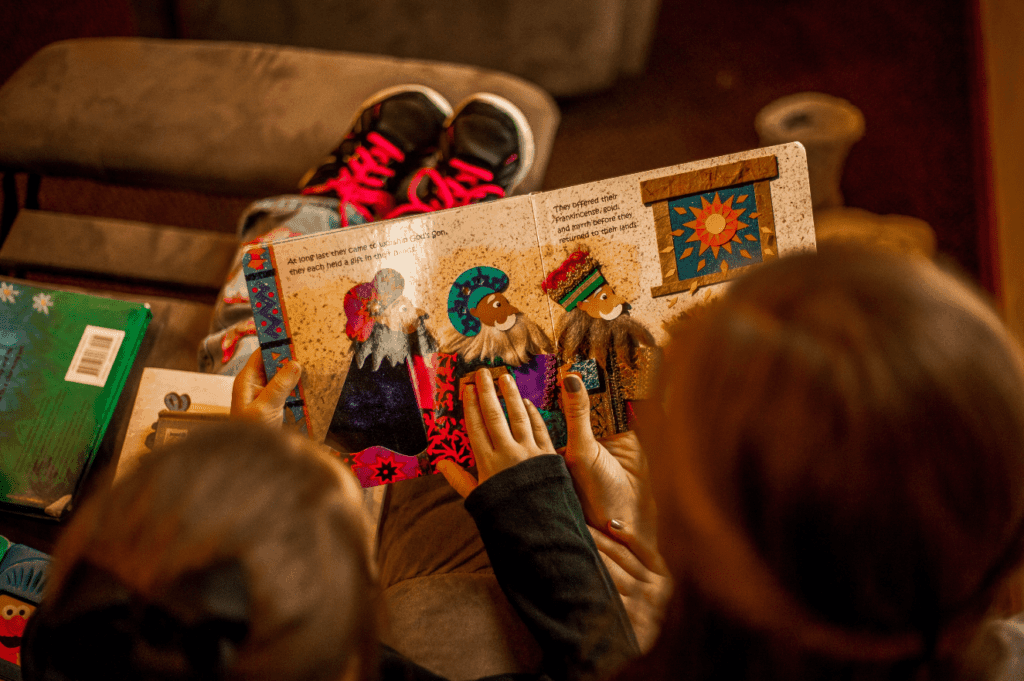 Identifying tech-free times, like before bed, is a good practice for you and your children.

Similar to the above, don’t just enforce rules for your children, demonstrate that they’re important to you too. Avoid behaviors you don’t want your kids to have such as checking your phone while driving, ignoring someone while your eyes are on the phone, or pretending to pay attention when you’re really not.

As a parent, it’s hard not to resist the urge to document every tiny moment, especially when you have that camera right in your pocket. It’s so tempting to share that cute picture with all your friends and family. But this takes you (and your children) out of the moment. Just enjoy it for what it is – and teach your kids to do the same.

Our goal is to raise awareness about the importance of this issue, without shaming parents. Instead of feeling overwhelmed, implement one or two of our recommendations and see how the family dynamics change. This can lead to a positive domino effect, where everyone becomes more willing to take steps toward a healthy relationship with technology.