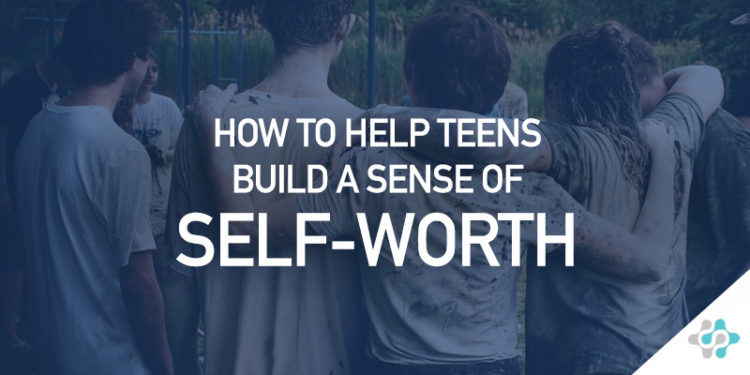 How to Help Teens Build Their Self-Worth

Being a teen has always been challenging.

There’s school work, drastic physical and chemical changes, social pressure, and the urge to compare ourselves to others, be it through our grades, intelligence, physical attributes, or other.

But according to new insights, it’s growing even more challenging than ever before.

Over the past 25 years, rates of anxiety and depression have increased by a startling 70%.

And those rates continue to climb, with social media shouldering much of that blame in recent years.

According to recent research, college students across the U.S., U.K., and Canada are becoming more consumed with perfectionism, with social platforms like Facebook, Instagram, and Snapchat largely contributing to the perpetuation of unrealistic standards that cause it.

This, in addition to the atypical challenges of simply being a teen in grade school, means teens are under more pressure than ever.

Fortunately, there has also been a number of powerful insights from similar research, offering knowledge into how you can help your teen manage those challenges and build their sense of self-worth in the process.

Here are some ways to help your teens build their self-worth.

Social scrutiny is a big part of teen life, and knowing how to navigate those feelings of insecurity and “not-good-enough” self-talk is crucial.

In an interview with Greater Good, neuroscientist Ron Dahl says that while our self-worth is shaped partly by what people tell us, it’s shaped more by our experiences. Specifically, our experience of feeling competent (or not).

As parents, we often make the mistake of parenting exclusively through words. In other words, we like to talk at them a lot and expect them to take action on what we say.

But as in all things in life, kids learn more from the actual example we set and from their own personal experiences.

You might tell your child that they’re smart, but if they fail their next math test they’ll place much more weight on that experience rather than your words.

To combat this, Dahl suggests encouraging mastery curve experiences. A mastery curve is where your child works at something, struggles (and sometimes might even fail), but gets better and better over time. 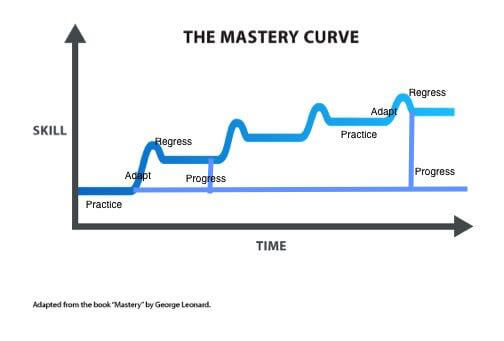 “A mastery curve creates one of the most solid supports for adolescents,” says Dahl. “And it’s rewarding, too. It’s part of the reason why kids who won’t spend three hours a day doing anything else will spend 14 hours a day playing video games.”

As a parent, it’s your job to encourage them when they make positive strides as those are key moments when your reinforcement can do wonders (as opposed to being discouraging and telling them what they did wrong or how they could do better).

2. Encourage their unique talents (and show them the truth about skill development and the brain)

Everyone has natural talents and strengths, though what those things are might not be immediately clear to your child.

In a world which encourages social comparison more than ever before, it’s easy for teens to look around themselves and think, “I’m not as smart as them,” “I’m not as good of an athlete,” or, “I’m just not that talented.”

But your teen has unique strengths and talents, they just need to find them. And doing so can help show them that they’re not lacking, just different. Maybe they’re not a great athlete or they’re socially awkward, but they could be incredibly resourceful, brave, or kind, all highly valuable attributes. 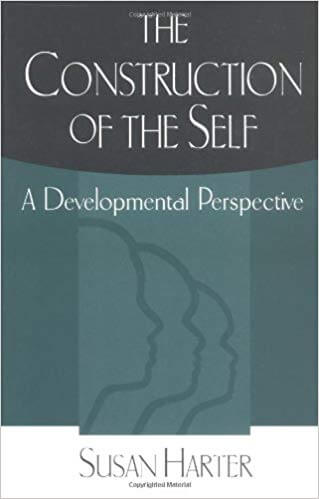 , The Construction of the Self, that the concept we have of ourselves, which makes up our sense of self-worth, really breaks down to 8 major areas, with a 9th global self-concept that those areas form into:

In addition to this, each area has some 4-5 different sub-skills. For instance, one teen might consider themselves great at making friends but bad at getting their peers to accept them, each being one of five different sub-skills under social competence:

As a parent, you need to encourage exploration early and get them involved in different kinds of activities so they can find not only what they enjoy doing (which is an important factor in developing skill, which we’ll talk about later) but what they’re naturally skilled at. This is also important so that you might be able to identify those areas they’re less confident in and help them to build confidence in those areas.

Alternative: Use the VIA Character Survey

Alternatively, something like the VIA character survey is a great way of finding out more about your child’s strengths, which tests for 24 character attributes to help identify those natural strengths. 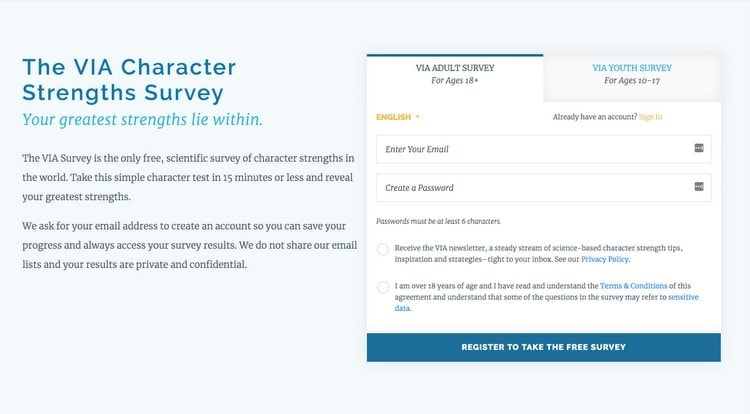 Pay attention not only to basic activities such as drawing, mathematics, and writing but also to skills such as focus, creativity, and resourcefulness, all of which could be special valuable strengths and skills that your child might have.

The truth about talent and skill development

While finding your child’s natural strengths and talents is important, it’s also important not to convince them it’s all about what they’re naturally good at.

It’s a wide-spread misconception, and an easy one to fall into, that most things are based solely on talent. If you don’t “have it”, you just don’t.

There’s only one problem with this: it’s not true.

Years of scientific research in various fields– especially neuroscience– has proven that the brain can be developed like a muscle.

The principles of neuroplasticity have shown that what we once believed were static abilities aren’t static at all but can be developed through practice. You can, quite literally, become more intelligent through practice.

For example, the old idea that some are good at math and others not has been thoroughly debunked. Research into neuroplasticity has shown that everyone is capable of learning math at a high level through adequate work:

Think about what your own school experience was like, especially if you had a hard time in math or another subject. Everyone used to think that you were either good at math or not.

That idea sticks with kids and makes them think that they’re inadequate, as if they’re not as good as other kids; like they’re lacking something.

Chances are, your child may be struggling with something simply because they haven’t had enough practice. By explaining to your teen how the brain works and giving them the tools to improve, you can remove those blocks and show them that they’re not lacking but that some things simply take practice– and everything can be learned.

You play a big role in your child’s support structure. However, it’s not always enough or ideal.

High school is tough, and other kids aren’t always the nicest. Bullying is as big a problem as ever and cyber-bullying is unfortunately on the rise.

You can be their rock at home, but if they don’t have anyone they can communicate with or relate to at school, they’re going to feel alone and unsupported.

When interviewed by Empowering Parents, Josh Shipp, “The Teen Whisperer”, says that an important part of what helped him as a teen was finding somewhere he belonged outside the classroom where he could not only communicate with but relate to other kids.

“I think a turning point was when I actively began to find places where I could belong at school,” says Shipp. “Eventually, I found a few activities that I felt I could be good at, where I could relate to the other kids. That gave me an incredible sense of self–esteem. School became not just a place for academics and books, but it was also a place where I could belong in something beyond the classroom.”

Josh says it’s difficult for other kids to make friends in class because it isn’t an environment that allows for free socializing. Teachers need their classrooms to be quiet and orderly, so often the only conversing that happens is by kids who already know one another.

“It’s in extracurricular activities where your child can get to know other kids,” he continued. “Something parents can do is to encourage their kids to try out a bunch of new things. When teens find something they like to do, it helps them begin to feel like they have a group or a community at school—which then leads to being picked on less.”

We’re hard-wired from thousands of years of conditioning to want to belong. During early human history, to be separated from the tribe literally meant death. As a result, we’ve developed strong emotional and psychological triggers to feeling isolated from the group.

Instead of fighting this impulse, by helping your teens find others whom they relate to– a similar interest such as sports, art, the outdoors, science, literature or film, or an aspect of pop culture being good places to start– you help broaden their support structure.

It also gives them a strong reference point for bullying as well. Shipp says, “Think of it this way: even if three or four kids at school like your child and have his back, when he’s teased he’ll be able to say, “Who cares? Those other kids are jerks anyway.”

4. Avoid social comparisons and teach them the power of loving themselves

It’s harder than ever to avoid the social comparison trap, with social platforms like Instagram encouraging teens to construct a “fake” life to look better in front of their peers.

When they scroll through social, they often see kids their age who seem to have better things than them– who are smarter, prettier, more fun, a desirable boyfriend or girlfriend, lots of friends, a car or money, the list goes on, as seen in this video from the RSPH:

Social encourages social comparison and makes its perceived importance greater than ever– and can make your teen feel inadequate as a result. But it’s these kinds of comparisons that are poison to self-worth and confidence.

In a survey of over 1,500 teens, the RSPH found that Instagram, followed by Snapchat, are rated the worst by teens for mental health. RSPH CEO Shirley Cramer said, “It’s interesting to see Instagram and Snapchat ranking as the worst for mental health and wellbeing – both platforms are very image-focused and it appears they may be driving feelings of inadequacy and anxiety in young people.”

Teach your teens to love themselves for who they are

As people, we’re naturally inclined to worry about what others think of us. It’s a natural defense mechanism in line with what we talked about earlier.

To not be accepted, to be removed from the tribe, literally meant death in early human history when you depended upon the group to survive. As a result, we have a strong psychological need to feel accepted by our peers.

Teach your child– and show them through your own example– the importance of loving who they are. Teach them that what they’re feeling is something everyone feels. We all secretly feel inadequate in our own way at some point in our life, but few of us choose to reveal it (even those kids they think are perfect).

But they have unique talents, skills, traits, and beauty which is all their own. Work to reduce media and other influences that encourage those kinds of social comparisons and show them examples of people appreciating themselves who look different and do different things.

The more you can do this, the more their mind will be open to the truth: that their perception of the world and the reality that exists within each person’s mind are quite different things– and that they’re unique and worthy without having to change anything about themselves.