Why We’re Never REALLY Bored, and the Benefits of Boredom 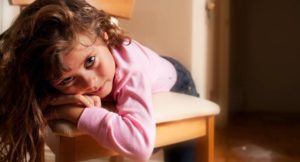 being bored? If you’re like most people, you’re probably thinking, yeah, of course! So what did you do when you got bored? Now, this answer is going to be immensely different for every single one of us, but the bottom line is: we entertained ourselves! And most of the time, this entertainment took a little creativity.

Well, now that smartphones have become such an integral part of our lives, boredom is virtually a thing of the past!

While we may feel like we’re bored listening for our name to be called in a waiting room at the doctor’s office, or waiting for a friend to arrive at the restaurant you’re meeting at, you’re not really bored. Why not? Because we’ve got our smartphones.

We start to feel just an ounce of boredom and what the first thing people do? Pull out their phone. Even if there’s absolutely nothing that they need to be checking their phone for.

We check our emails, even if there are NO notifications that we’ve received an email, we just double check. We open up Facebook and begin mindlessly scrolling through our friends’ updates (which might also be making you unhappy, by the way). We check the live feed on security cameras at home, even though we’ve gotten no notifications of anything going on.

Are any of these tasks really fun? Are they entertaining us or enriching our lives? Not at all.

So why do we do it? Because we don’t want to be bored. But the things is: boredom is GOOD for us!

When we’re boredâ€”and I mean sitting in traffic in a state when it’s illegal to use your phone in the car boredâ€”we can’t help but let our minds wander. We have nothing else to do but be alone in our thoughts, letting them drift back to memories or come up was interesting ideas.

One study found that when people are bored they become more likely to engage their minds in ways that stimulate the brain’s reward centers, what they called sensation seeking. People that think in this way have divergent thinking styles which gives them the ability to more easily come up with new creative ideas.

Another interesting study put together   2 groups of individuals in order to determine the relation between boredom and creativity. The test group was asked to complete an excruciatingly boring task: reading and copying numbers from a phone book. Afterward, they were asked to come up with as many possible uses for plastic cups as they could. The group that completed the boring task came up with more creative uses for the cups than the control group.

Boredom Encourages Us to Take Notice and Take Action

Often time when we’re bored (and we have the option to do something else), we’re forced to come up with a non-boring solution. And when we don’t have our smartphone to instinctively reach for, we really learn to notice when we’re bored.

When we grab our phone straightaway when we get bored, we never really take note of when you’re feeling that sense of boredom so we’ll never make a change.

But if you have never noticed this feeling of boredom you may stay in the job that you don’t love or that unfulfilling relationship forever!

The bottom line is, sometimes we all NEED boredom to make a change, or come up with that creative idea you’ve been looking forâ€¦ We need to allow ourselves to be bored.

Keep your phone further away from you so you have to make a conscious effort to use it. Or consider using an app, like Moment, that tracks your screen time and makes you more aware of your smartphone usage.