iPad Update a Step Back for Mindfulness?

Apple recently announced that iOS 9 for the iPad will allow two apps to be displayed side-by-side simultaneously.   This feature, like every multitasking “improvement,” is being promoted as a way to enable users to be more productive, so why do I find myself feeling sad that Apple didn’t continue to hold the line against the “everything, everywhere, all-the-time, simultaneously” philosophy that consumes device and operating system design all too often?

The original iOS was admirable for its graceful simplicity.   It would only display one app at a time in full-screen mode.   This was intentional–a feature, not a bug or a limitation to be accepted begrudgingly.   It was a refreshing answer to the distraction-laden bloat that had consumed desktop computer operating systems by the time iOS was introduced.   Just compare this cluttered desktop: 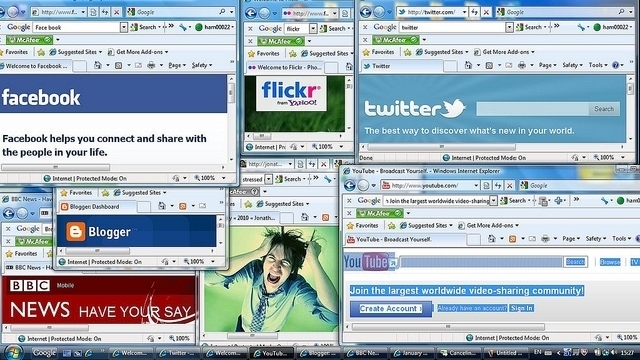 to this simple and welcoming view of email from  iOS 6: 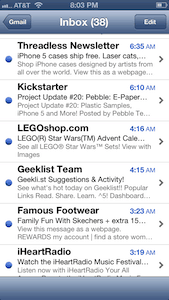 My point isn’t that the iOS mail app above is the best way to do everything with email (it isn’t particularly good for writing long messages, for example), but rather that the  single-app, full-screen user interface  provides a much better way to stay focused on scanning, deleting, forwarding, and filing new emails–without being distracted by anything else–than an interface in which multiple windows from multiple apps all compete for your attention simultaneously.   More isn’t always better when it comes to focus.

Although limiting the screen to displaying one app at a time is a limitation, it is a limitation that can promote focus and productivity.   The inability of the iOS, until now, to display more than one app at a time eliminates not only the ability to see  multiple apps simultaneously, but also the temptation to do so.   As a result, the user can stay engaged with one task at a time  with less distraction and exertion of willpower than in a split-screen or multi-window environment.

I hear the voices arguing that a split screen, rather than an unlimited number of windows, is  a modest and incremental improvement that can actually help to reduce distraction by eliminating the need for the user to switch back and forth multiple times between different apps.   Although this may be true in some cases, I fear that these latest multi-tasking features may be the first step down a slippery slope.

Just consider that some of the greatest books in modern times were written using a single-app interface that still might  be the best ever created for  promoting deep, sustained, and focused concentration: