Technological Distractions are a Bug, Not a Feature 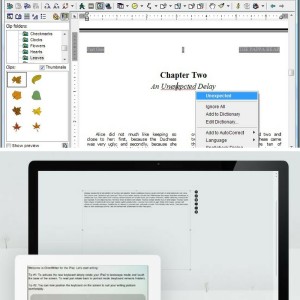 I can’t count how many times I have heard the following responses to a complaint about how technology can distract us:

What I find equally funny and frustrating about these responses is that I hear them just as often from technologists who, in every other context, are the first to propose technological solutions to every one of life’s problems, no matter how big or small.   Pizza delivery too slow?   Just “Uber-ize” the pizza delivery business?   Exercise too boring?   Just gamify your workout routine.   Toenails too long?   Just build a toenail clipping robot!

No business model, social institution, or personal habit is so ingrained and sacred that it is beyond the imagination of the techno-entrepreneur to disrupt, dismantle, and replace with a technological fix.

Yet when it comes to technology that distracts us, too often even the techies among us throw up their hands in immediate exasperation at the suggestion of making that technologgy less distracting, as if our smartphones, social networks, and messaging apps were facts of nature, immutable and immune to change, and in such a delicate state of unstable equilibrium that we dare not even attempt to tamper with them, lest we risk causing the entire technological ecosystem to crumble.

Yet the most distracting features of today’s technology–the ringing phone during a business meeting or family dinner, the social networking update while driving, the email notification while deep in thought in a research project–were all designed as features by humans, and could just as easily be removed or modified by us.

Perhaps the motivation to redesign technology so that it is less distracting–or at least only distracting when and to the extent that we want it to be–can be found in thinking of every ring, beep, and buzz that emanates from our devices at the wrong time as a bug rather than a feature.   For, just as even a rose can be a weed if it is growing where you don’t want it to be in your garden, isn’t it a bug if an app displays a pop-up window at the wrong time even if that window contains a message from a dear friend?

The mere fact that my laptop just displayed a message prompting me to reboot so that updated antivirus definitions can be installed doesn’t mean that this is the only way the laptop could function.   I suggest we apply just a tiny fraction of the disruptive zeal that enfuses the technological community to developing technological fixes to these technological bugs.   Certainly we can do this while retaining all of the features we love–despite the fear of throwing out the baby with the bathwater that seems to underlie so many knee-jerk reactions to even modest calls for moderating technological distraction.

So let’s stop thinking about modifying our technology to meet our needs as turning back the clock but instead as a long-overdue effort to fix widespread bugs and thereby take a giant leap forward.