A Preemptive Strike in the Battle Against Messaging Fatigue

Do you feel like you spend more of your day responding to messages than living?   Do you need to turn off your smartphone at work and 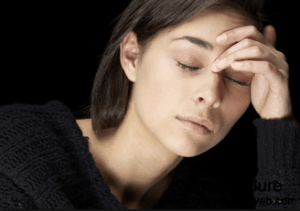 hide in a closet just to get “real” work done?   If so, you may be suffering from messaging fatigue.

One source of this ailment is the need–whether perceived or real–to respond immediately to messages we receive. We feel that if someone sends us a message and we don’t respond immediately, something horrible will happen–we’ll lose a customer, damage a friendship, miss out on an opportunity.

In reality, however, most messages do not require an urgent response.   A response sent a few minutes, hours, or even (gasp!) a day later will not result in calamity.

Since the problem is one of expectations, we can at least try to solve the problem by addressing the sender’s expectations directly.   I give credit for today’s tip to Tim Ferriss, who suggests creating an auto-responder that automatically responds to incoming messages by telling the sender that you only respond to emails (or texts) at certain times of the day, and that the sender should not expect a response from you any sooner.

Another variation on this is to put your email-responding policy right into your email signature.

If your immediate response to these suggestions is fear, ridicule, or a combination of both, don’t dismiss them right away.   You might try testing them out with a few close friends or colleagues first, such as by manually responding to their messages with a cut-and-pasted message saying that you will not be able to respond until a certain time later in the day.   See how it goes.   If the sky does not come crashing down, expand your experiment.

The final version of this technique that works for you, based on a combination of your psyche and situation, may vary.   But I suggest that you try it and, most importantly, pay attention to whether it creates any difference in how you feel after receiving a message and not responding to it immediately.   The results may motivate you to change the way you message and to spread the word about relaxing our expectations for immediate responses from others.