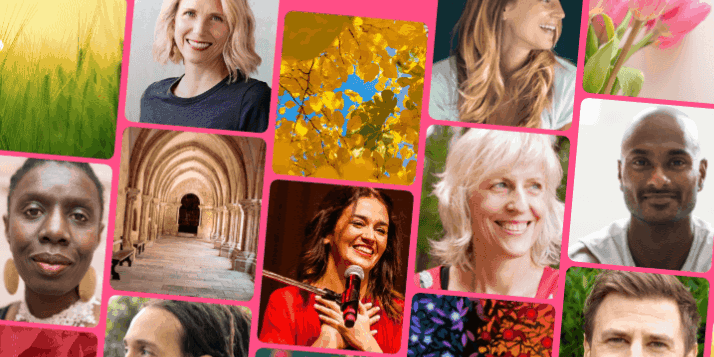 The 4 Principles of Insight Timer and Why They Matter: A Conversation with CEO Christopher Plowman

Christopher Plowman is humble when he talks about how his meditation app, Insight Timer, achieved such explosive growth in the last few years.

With 10 million users, 5,000 meditation teachers, 6,500 active online communities, and 350,000 five star reviews, you would think Insight Timer has a massive marketing budget and an army of developers creating new features every day.

But in fact, it’s quite the opposite. As Plowman says casually, “We’re not doing a lot.”

In other words, they’re strategically not doing things, which has led to some unexpected results.

When Non-Doing is the Best Thing To Do

On a recent episode of the Technology for Mindfulness podcast, Robert Plotkin chatted with Plowman about his novel approach. Throughout their conversation, he emphasized what they’re not doing – and how the purposeful absence of promotion is their defining characteristic.

Although not stated explicitly, four principles emerged during their discussion. They offer clues as to why Insight Timer has been so successful as well as fascinating implications for how we want to engage with technology.

1 – Making Meditation Accessible to All

After Plowman and his brother bought Insight Timer in 2014, one of their first changes was to make everything free. “We wanted to make sure every person on the planet could access free daily meditations,” he says.

And that will always remain the same, even as they add optional paid features. With more than 28,000 guided meditations in their library (so far), Plowman promises they will always be free.

As it says on their website, “Magic happens when you give meditation away for free.”

You might think offering something for free would result in a lot of users, but low engagement. After all, most people equate free with a lower value.

But again, Insight Timer confounds the usual expectations. Over 10,000 people use Insight Timer to meditate every day, spending more time than their competitors – 21 minutes on average versus 4 minutes for similar apps.

It’s the magic of non-doing.

2 – Not Commercializing Their Members’ Meditation Practice

Insight Timer doesn’t have pop-ups trying to upsell features. There are no notifications. They don’t send promotional emails with special offers. They don’t even advertise.

How does Insight Timer maintain such high engagement? Aren’t these methods necessary to ensure active users and renewed subscriptions?

Not necessarily, according to Plowman. He believes that “attraction long-term is more powerful than promotion. Stillness is the greatest magnet of all.” Insight Timer users have a subliminal understanding that they’re not being sold to. And this encourages them to meditate more. There’s no pressure.

Plowman points out that most meditation apps start out with pure intentions. However, as he says, “their financial engine depends on you feeding it with your meditation practice.” This creates a serious conundrum when the purpose of meditation is to detach and let go.

Now, all this being said, with a free library of meditations and no marketing, he needed another way to create a profitable business. Plowman spent about 18 months speaking to thousands of users and meditation teachers, trying to find a way to build a strong, sustainable company and a reliable income for meditation teachers. All without commercializing meditation practice. They introduced three new ideas:

Plowman’s goal was to provide an affordable price point for these options and courses, but keep the guided meditation library free.

However, remarkably absent from the conversation about Insight Timer’s evolution was the introduction of any other new features or major changes. Why? He wants to keep the experience distraction-free.

Plowman says he’s often pushing off his enthusiastic development team who want to add lots of new features. After all, the app is popular. Let’s make it even better!

But better to Plowman means simplifying. In other words, distilling the app down to what it’s really meant to do. “Our users are there to be still. Have quick access to the timer and meditations. Perhaps send a message to friends. That’s all.”

So, rather than adding “bells and whistles,” Insight Timer is focused on streamlining what’s already in place, creating a simple, clean, fast interface.

And much to the chagrin of his colleagues, he’s not quite ready to change the name either. “Even if we’ve evolved, that’s what we are,” he says, “Call us by our rightful name.”

After all, meditation at its core is about peeling back what’s unnecessary. Discovering what you already are. Not being seduced by the next shiny thing.

It would be easy for Insight Timer to focus their attention on one of the shiniest parts of their app, their online communities. But despite their popularity, Plowman has no plans to make significant changes there either.

It’s another example of non-doing.

4 – Being Good Custodians of the Insight Timer Community

Plowman says that when they bought Insight Timer, there were about 1,000 groups on the app. These user-generated communities covered wide-ranging topics like managing anxiety, the science of meditation, and artistic expression.

Without any intervention, Insight Timer now has an unbelievable 6,500 groups. Plowman says they view themselves as “custodians” of these communities. They don’t need to moderate or control the flow of connections, just create a safe space for them to arise. By making the meditations free, it opened the door for these new relationships.

As Plowman said, “I often hear people say, ‘I downloaded the app for the timer and stayed for the relationships.’” He also pointed out that users with more friends on Insight Timer tend to meditate more, which creates positive reinforcement.

In addition to the draw of these communities, Insight Timer lets users know who else is meditating at the same time – anywhere in the world. For those who have meditated with a group in person, there’s a certain motivating effect that’s hard to explain. Insight Timer seems to replicate that feeling with this feature.

Could it have something to do with sensing the collective consciousness? Perhaps. You’ll have to try it out and see what you think!

If you’re seeking a gentle introduction to meditation and a welcoming, open community, Insight Timer is free (and always will be). With over 28,000 titles easily searchable, you’re certain to find a teacher that resonates with you. Don’t forget to check out the free guided meditations from Technology for Mindfulness founder, Robert Plotkin. He also has a new course “Develop Healthy Digital Habits.”

Download Insight Timer on Google Play or The App Store.

If you’re a meditation teacher, there are ten million meditators waiting to hear what you have to say. With Insight Timer there is no contract and no catch. It’s completely free to be involved and you remain in full control of anything you upload.

You can learn more by checking out the Insight Timer for Publishers page.