Technology Changes Us, And Generation Z Is Proof

We all know that each generation has different experiences, they grow up in a 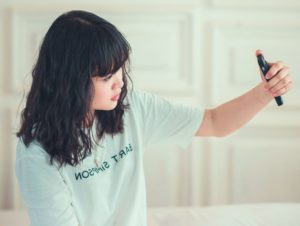 different time, so it’s impossible not to! But is the latest generation, generation Z, missing out? Has their generation been destroyed by technology? We’ve all see the articles online saying things like Millennials are killing fabric softener or Millennials are running the wine industry, but what about the generation after them? The generation that is now beginning to reach early adulthood?

Generally, from generation-to-generation characteristics will change gradually. But Jean Twenge, a Psychology professor at San Diego State University, who has been studying the changes among generations for years, noticed a huge shift in the Z generation.

What makes Generation Z so different?

There are many factors, but the biggest one? Technology.

If you think about generations before them, yes, most Millennials grew up with the internet, but they weren’t connected 24-7. For most of their life, if they’d hop on their dial-up internet (queue dial-up connection noise!) to chat with their friends on AIM… and then get yelled at by their parents who were expecting an important phone call. Or they’d pick up the telephone, just like the generations before them, and call their friends to make plans.

Today’s Z generation on the other hand, grew up with smartphones and WiFi, they’re constantly connected. Constantly in contact with friendsâ€”there’s no need to call them to make plans to hang out. Teens today are living their lives through their digital devices!

Having so much independence digitally has caused them to not seek independence as quickly as generations before. For example, during the Boomer generation, nearly everyone had the driver’s license by the time they graduated high school! And today? Over a quarter of teens still are without their license by graduation and have no urge to get one! They’ve got their parents to drive them around, they’ve got services like Uber on their smartphones, so what do they need a license for?

And what changes will the next generation see?

We’ll just have to wait to find out!

Until then, check out the rest of Twenge’s research on Generation Z.