How One Toronto School Teacher is Teaching Mindfulness Through Music

For the past decade, mindfulness has  arisen as a  valuable  tool for educators.

But mindfulness’ value in the classroom has only just begun to become clear.

Now, it’s inspiring others to find new and creative ways to teach mindfulness and other related qualities.

One such example is a  Toronto instructor who is using music to help students learn  about  mindfulness, kindness, and teamwork in a fresh new way.

It might not be the first thing you think about when you imagine mindfulness in the classroom. But one Toronto instructor is using music to teach mindfulness and to great results.

Clinton Ackerman, a graduate student working on his music and social work master’s degree, started a musical improvisation class at Saskatchewan’s Glen Elm school for his thesis one year ago, as first reported by Toronto publication The Province.

We’re turn-taking, without conflict, says Frei, a Glen Elm teacher who collaborated with Ackerman to offer the class to his students. We’re patient; we’re mindful listeners, right? We can build off each other, which means you have to be mindful of what the person next to you is playing. It’s all intertwined into everything Clinton planned for us here.

Ackerman’s project teaches students about soundscapes while also instilling skills and qualities such as mindfulness, teamwork, and decision-making. 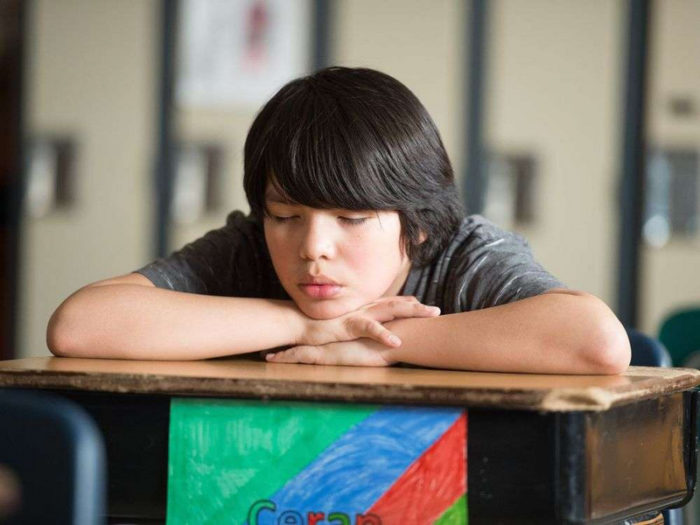 A student participates in a mindfulness exercise. BRANDON HARDER, THE PROVINCE

A class in sound and mindfulness

Ackerman’s twice-weekly class starts and ends with each student taking part in a short meditation session.

He  says mindfulness, has really been a great tool for us to just stop what we’re doing, get in the zone, prepare ourselves for what’s about to come.

Next, they work on practicing to identify rhythm, pitch, and learning how to play together.

But then because it’s co-operative and it’s creative, there’s a whole other wealth of skills that they’re working on as well, says Ackerman. Those skills include conflict-resolution, decision-making, and patience.

As teachers and instructors, we try to teach to our students’ interest, said Frei on how the duo approaches what material students work on. 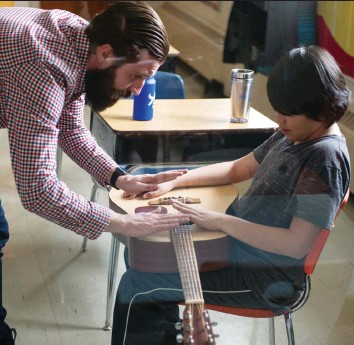 Ackerman and Frei have students work to create soundscapes that match situations they can relate to, such as scenes from a video game and their favorite films.

If we can create a connection, help them get in touch with that, and use that to help them regulate, to help them make positive decisionsâ€¦ it’s going to benefit them.

The class began small, but it continues to grow well past its original 5-week timeline.

One year later, the class is going strong thanks to a Saskatchewan Arts Board grant.

What’s really cool is to kind of see their growth even from last year to this year. It’s night and day, said Frei on seeing students develop through the project.

But this is  only the beginning of what music and mindfulness may be able to contribute to another.

A meta-analysis of all known studies on mindfulness and music found several promising leads.

For one, music may be able to enhance our ability to enter a mindful state.  That makes it a useful tool for practicing and developing mindfulness. And that’s something Ackerman’s project supports.

But that’s just the beginning. Music and mindfulness together have shown to be a promising pair in therapeutic practices for several conditions.